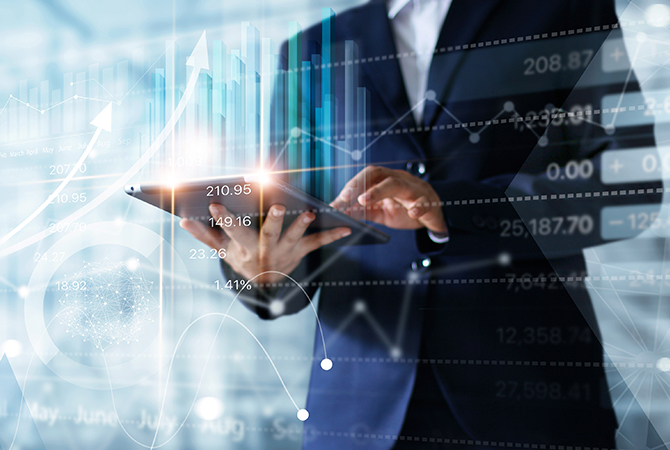 Here are 5 pros of server virtualization

An enterprise’s total server count can be reduced because virtualization enables a single physical server to perform the functions of multiple servers. This process is referred to as server consolidation.

Consider the following scenario: Currently, there are 12 physical servers, each running a single application. With the advent of virtualization, each physical server may now host three virtual machines (VMs), each of which runs an application. The firm would therefore require only four physical servers to manage the same twelve workloads.

Less servers mean less racks and wires in the data center. This speeds up setup and troubleshooting. The organization can achieve the same computing goals with a fraction of the physical server complement.

Because each VM is an independent instance, each must run its own OS. However, the OS can be changed between VMs, allowing the company to mix Windows, Linux, and other OSes on the same hardware. Traditional physical server installations lack such flexibility.

Virtualization centralizes resource management. These tools and functionalities provide IT administrators full control over the virtualized environment. The ability to migrate between two physical servers without interrupting the workload is one example. To recover fast and easily from unanticipated faults or disasters, data protection tools like snapshots can capture a VM’s state at any moment. With virtualization, administrators can see all VMs in the system and deliver patches or upgrades with less risk of error.

Fewer servers are equal to fewer racks and wiring systems, which can save more office space. This can make deployments and troubleshooting a lot more easier.

Here are 5 cons of server virtualization.

IT resources rely on rigorous management to keep track of their availability, utilization, health, and overall performance, among other things. The ability to recognize what is present, how it is being used, and how it functions are essential for data centre efficiency. A continuous issue with virtualization and VMs is the development and eventual abandoning of VMs, which are often unplanned.

Unused or unnecessary virtual machines continue to waste valuable server resources while delivering little useful work, this is referred to as VM sprawl or virtual server sprawl. Over time, virtual machines grow and the business becomes resource-constrained, compelling it to make unplanned investments in additional capacity. Unused virtual machines must be discovered and deactivated to free up resources for reuse.

Virtualization enables servers to operate at a much higher level of resource utilization, particularly in memory and networking. For example, VMs can share the same physical memory space by utilizing standard page swapping — the process of temporarily shifting memory pages to a hard disk for another application to use the memory space. Memory overcommitment occurs when virtualization assigns more memory to a virtual machine than what is available in the server.

Added latency of disk access can cause poor VM performance. When numerous virtual machines (VMs) on the same server compete for network access, network bandwidth might constitute a bottleneck. These two concerns can be resolved by updating the hosting server or redistributing virtual machines between servers.

Additional expenditures are incurred by the organization as a result of the use of virtualization-capable management tools and hypervisor licensing. Hypervisor licensing must be closely managed to ensure that the terms and conditions of the software’s licensing agreements are followed. License violations can result in legal action as well as hefty financial penalties for the organization that committed the infraction. Furthermore, bare-metal virtual machines require independent operating systems, requiring the purchase of licenses for each operating system deployment.

#4 – Can depend on IT Staff / Experience

The success of implementing and managing a virtualized environment is dependent on the IT staff’s skills. Education and expertise are critical to ensuring that resources are supplied efficiently and securely, monitored and recovered quickly, and protected appropriately to ensure each workload’s continuing availability. Business policies are critical for resource management because they specify how new virtual machines are sought, approved, provisioned, and managed throughout the virtual machine’s lifecycle.

Running several workloads on a single computer poses threats to the organization. Before virtualization, a server failure solely affected the workload. For organizations, employees, partners, and customers, virtualization means that server failure can impact many workloads. Aside from workload distribution, IT directors must incorporate recovery and resiliency measures to guarantee essential VMs are available in the event of server or other physical infrastructure failures.